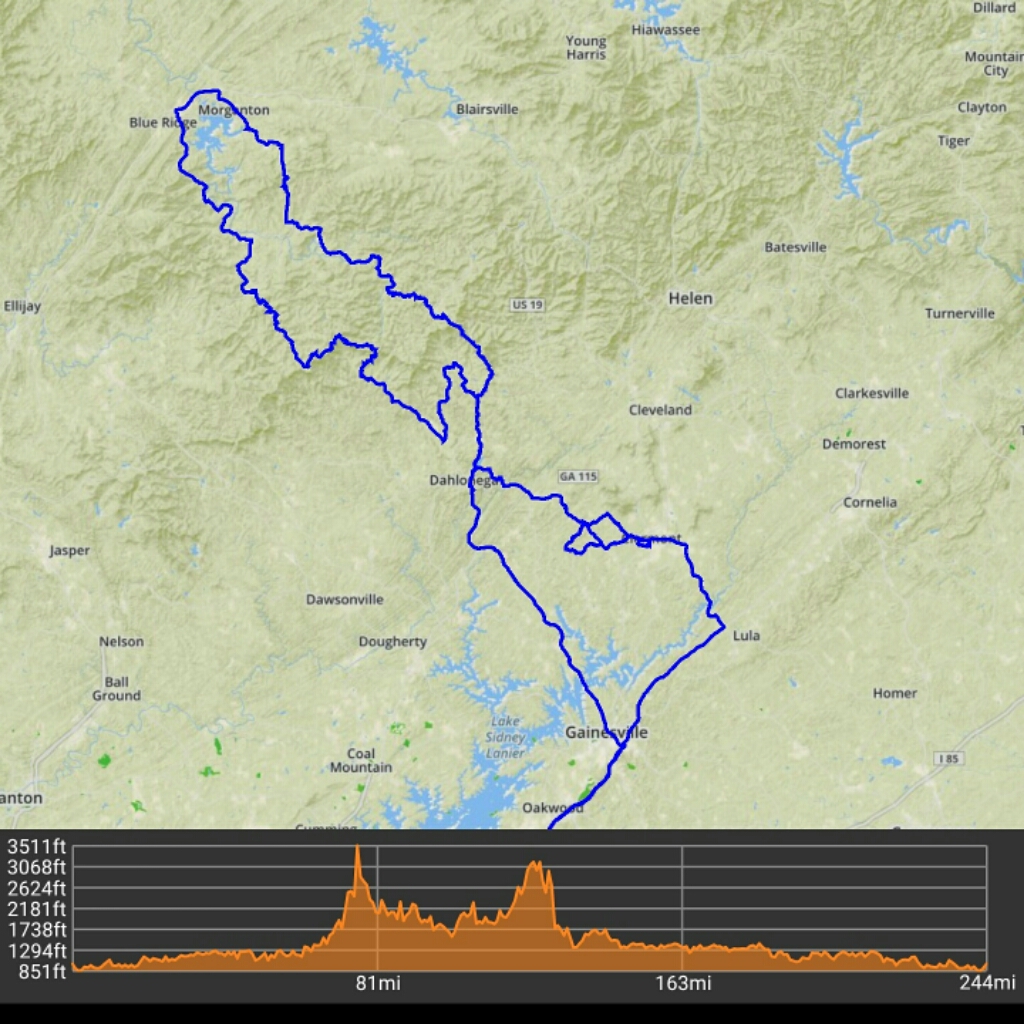 A couple weeks ago, I posted about a bad ride that led to my brain falling apart and me eating cookies … yeah, I know, cutting edge journalism!  I owe you all a basic follow up.

Yesterday – my Tour de Pink training led me back to the Silver Comet.  I needed a longer time in the saddle and the flatness of the Comet make it a great place to go.  I wanted to do 40 – so this would be the same ride as the cookie ride.  That was kind of in the back of my head, but getting done so I could go for a motorcycle ride was also.

On the way out – I felt good.  Its kind of boring out there, but yesterday I saw a dude that had crashed waiting for an ambulance, a motorcycle (police), an ambulance, a car (Sheriff) and two people wearing strange outfits – including swords and shields.  Yeah, different.

At about the mile point, I thought "Wow, I haven't been passed yet – today".  Thirty seconds later – a scrappy woman on a tri-geek bike blew past me…. I laughed!

Anyway – at the turn around, I chilled for a second, stole some food from a guy (Thanks, free food guy) and headed back.  Just after the turn around, a safe looking guy passed me so I jumped on his wheel.  For about 7 miles, I was a professional wheel suck – but I enjoyed going fast.  It was kind of like the old Scott showed up.  (It's slightly downhill most of the way – and on a wheel, I'm hard to lose).  We went through a few puddles here and there and I felt the spray of water on me legs and face… it was good.

Well, it's really hard to write compelling content about a boring ride – so I'm just going wrap it up with this.  I finished the same ride, over 10 minutes faster (1 mph or something).  I got a few Comet PRs (Oh … the excitement) and felt good after the ride.  Much better than last time!

Remember – I was eager to get back and go on a motorcycle ride…. well, I got home and took a hot shower and my MC dream ended.  I felt an overwhelming urge to go to sleep… and I did, and it was good!

Yeah – that's a much better ride!