Back in 1982 and 1983, the Chesapeake Wheelmen held a time trial in Crofton, Maryland ever Tuesday night.  Had to be Tuesday – so as not to compete with Greenbelt!  Well, for those of us who were members and did it all the time – we got these cool – cloth numbers.  I still have it (obviously).

As I progressed in my cycling career and raced at Greenbelt – I begged for the number 44 – so I could use this number.  When I moved to Colorado Springs and raced track for years – I begged to be number 44.  I was granted my wish.  The same has held true in Atlanta at the velodrome.  Based on statistics I have made up in my head, I am fairly certain that I hold the world record for the number of races raced with the #44 pinned on.  Go ahead, prove me wrong!  I'll make up some more statistics!

There are a lot of memories tied to that number… not just the number 44, but the cloth number shown below.  It's lived 30 years in my possession!  That is really pretty crazy! 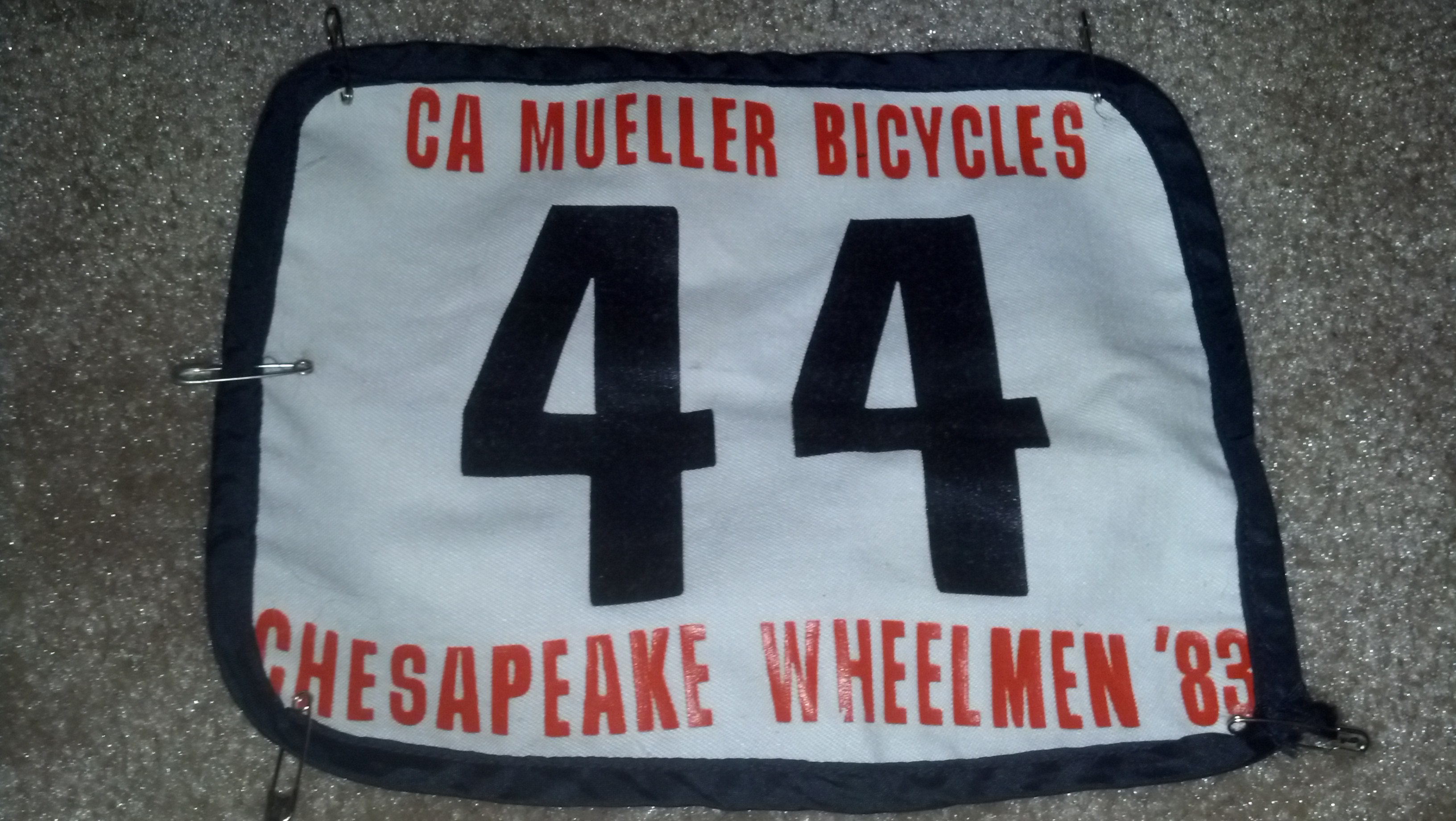